Yesterday evening I heard what sounded like a small pack of coyotes moving through the area, yapping and cutting up like a canine street gang making their presence known and threatening to hurt anyone who got in their way.

When I let my dogs out for their bed time potty run I made sure all the floodlights were on and I went out with them carrying a strong flashlight.  I hoped that lights and a human presence would be enough deterrent if, indeed, one or more coyotes were in the immediate area.  My yard is fenced, but most fences mean little to coyotes.

Later, as I was sitting in bed reading, I heard a single blast of what sounded like a shot gun.  Very near by.  Then it got real quiet. I was cautious again this morning, but it sounded like that pack of punks learned a little respect for humanity.

Is This Even Possible?

Is it possible that coyotes are in our area?  We’ve not had them before.

Oh yes!  I know people who have personally told me of their own encounters with coyotes.  These people live along O’Neil Road: just to the north west of us, and in Bridgeport: just to the north east of us.  My neighbor says he saw one walking up our driveway towards the woods one morning a while back.  So, yes: this is a real threat and a grave concern to me.

According to the Tennessee Wildlife Resources Agency, this is how to deal with coyotes:

Yesterday I spent a good portion of the day doing battle with a contingent of honeysuckle and bramble vines that had invaded a stretch of fencing I was trying to remove from a now little-used patch of our property.

Many of the vines were inexperienced, but what they lacked in tenacity they made up for in numbers.  And their base was protected by a thick layer of dead leaves blown against the fencing.  I cautiously probed with pruners (for there was a threat of Copperheads lurking there), slicing and snipping the myriad vinelings to free the bottom of the fencing.

Some vines were more experienced and tenacious, but with a proper concentration of force my pruners handled them.  A few were battle-hardened veterans.  These sent me trekking across the property to bring in my heavy loppers.  Even these stalwart defenders fell when such powerful weaponry was brought to bear.

In the end, though scratched bloody and soaked with sweat (which stings in those injuries) I victoriously dragged that length of fencing out of the battlefield where I could clean as much of the plant life from it as possible and roll it up for use elsewhere.  As I put away my implements of war I was weary but satisfied in a battle well fought – and won.

This morning I find that insidious agents dispatched by the enemy Bureau of Pollination have infiltrated my sinuses and are engaged in combat with my mucous linings.  In addition my upper legs, hips, and lower back are staging a revolt for the abuses they suffered yesterday.  But, such are the wages of warfare.  I shall placate my rebels with drugs until they forget the abuses they suffered and resume their normal functions.

The battle was won.  The way is open to bringing my riding mower in to quell the attempted overthrow of that area by the indigenous species, which are attempting to re-take that sector of property for their own.  That must not happen, shall not happen.  That sector will remain under my control.  I must see to that for the good of the empire!

I got up this cold, cold morning and found that while we still had water flowing, the internet was not. So I went over to my workshop intending to take a hair dryer to the router, melt the blockage, and get the electron flow moving again. But it turned out that there was nothing wrong with modem or router: our LAN is working perfectly, it’s just that my laptop does not feel like being conversational this morning. 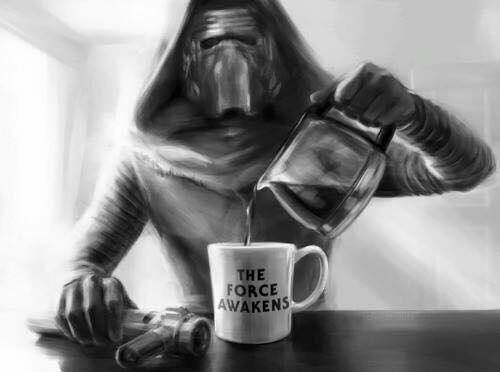 So I settled into my chair, set my mug of hot, black coffee in its place next to the laptop and began working on a local writing task.  The scent of this invigorating elixir was, apparently, enough to change the laptop’s mind, for after a few moments of typing, it went “bing!” alerting me that new e-mail had arrived.

Coffee is great stuff, isn’t it?

Despite being right next to TVA, the nation’s largest government owned supplier of electricity, our region has been experiencing rolling brown-outs and even power losses because of the cold in areas where too many people are using too much power all at once.  Primarily this effects that “everyone is getting ready for work” time slot.  The power utilities have asked us (us as in everyone, not just Marie and I) to be mindful of our power consumption between 6:00 am and 9:00 am until we get through this extra-cold spell.

We (Marie and I, this time) are doing our part: END_OF_DOCUMENT_TOKEN_TO_BE_REPLACED

I’ve been toying with the idea of replacing our string trimmer.  I have a 5 year

old Poulon Pro that hasn’t needed anything more that the usual maintenance and upkeep until this year.  I have replaced several major parts on it lately and it continues to find new and inventive ways to avoid doing its job. I’ve considered taking it to a repair shop to have it “rebuilt” but with their labor rates and parts prices, replacing it will (most likely) be cheaper.  This is not an expensive trimmer.

I’ve been looking at string trimmers, comparing features, prices, and reviews. The reviews are the really amazing part.  In most cases users either love or hate all of them, regardless of brand, and the reviews are posted with the vast majority being either 4 and 5 stars or 1 star: very little in between.  I wonder if it’s really that black and white (you either get a good one or a bad one) or if people are getting too emotional in their reactions. END_OF_DOCUMENT_TOKEN_TO_BE_REPLACED 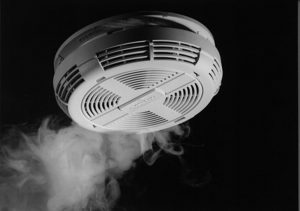 I hop out of bed, wind my way through the herd of large dogs dashing about in confusion over the painful assault on their ears. I check the house. It’s a small house: it does not take long to find that there is no fire, no smoldering appliance, indeed, no visible smoke. I grab a magazine off the kitchen island and wave it at the alarm nearest the kitchen.  It’s all I can think of to do at the moment: fanning the hallway alarm silences them when I’ve been making toast. I’m not good at toast.

Amazingly (or perhaps coincidentally) that works: the alarms fall silent.

Blondie and Tinker stride to the door, “We’re outta here, that’s just RUDE.”  I don’t blame them and wonder what set the alarms off. END_OF_DOCUMENT_TOKEN_TO_BE_REPLACED 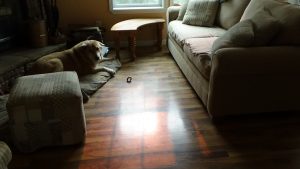 The sunlight slanting in through the window is casting the red beams of a gorgeous sunset on the floor — except it’s 1:00 in the afternoon. 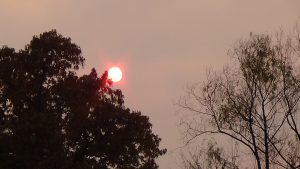 The sun is a deep orange ball high in the sky that appears only slightly brighter than a full moon. The online weather station says our skies are clear and sunny, no cloud cover.  What we see up there is all smoke. END_OF_DOCUMENT_TOKEN_TO_BE_REPLACED

I am not fond of snakes. Snakes are, at best, creepy and, at worst, deadly. So I avoid them. This, however, has not always been my opinion.

As a youngster I found grass snakes and garter snakes fascinating and often made (temporary) pets of them. Much to my mother’s chagrin.

In one elementary school science class it was a special privilege afforded only to the top students to “wear” the class boa constrictor for a portion of each class period. I kept my grades up more for this badge of honor than for academics sake. This evening we engaged in some casual dining and watched an old Science Fiction Theater episode (1950’s stuff). Mostly, this is a human thing, but the furkids like it too because they get to eat in the living room with us and they get a special treat after dinner. They generally sleep through the program, though. At bed time Marie and I sit in bed and read for a while. Sometimes we use book lights and turn off the lamps. But tonight my batteries were low. Blondie Bear is saying, “Would you PLEASE turn off the lights and go to sleep … I’m TIRED.”

Cochise could not hide under the bed without risking getting stepped on, so he made do with what was available. Eventually Marie and I got sleepy too, turned off the lights, and went to sleep. Then the furkids could take up normal sleeping positions and get some proper rest.  The poor dears! (wink) 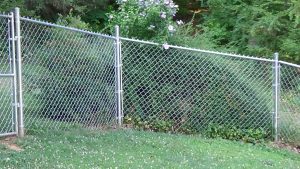 I killed a big Baldface hornet’s nest Wednesday evening.  It was just inches outside our play yard fence in a forsythia bush and was hidden from view until I trimmed the branches out of the fencing.  I deliberated on this killing.  I don’t kill just to kill.  They’d been there a while and have not been an issue … except once that I know of. END_OF_DOCUMENT_TOKEN_TO_BE_REPLACED