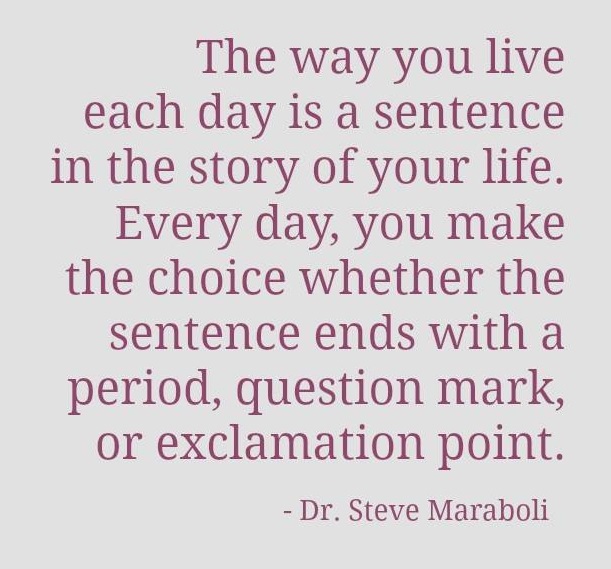 Each day in our life is important and it’s a shame that we waste so many of them. I’m guilty too, we all are. Occasionally I read about some extraordinary person who claims to live every day to its fullest, wasting nothing. The most successful people around claim to wring the most out of every hour.

I don’t know that it’s necessary for everyone to be one of these Ultra-A Types, but we do need to be aware that each day of life is important. Each day becomes part of the foundation upon which our tomorrows are built. Each day we add another piece to the structure. We choose whether the day will be one of regrets, accomplishment, or sloth.  As we build, we shape the eventual outcome. END_OF_DOCUMENT_TOKEN_TO_BE_REPLACED 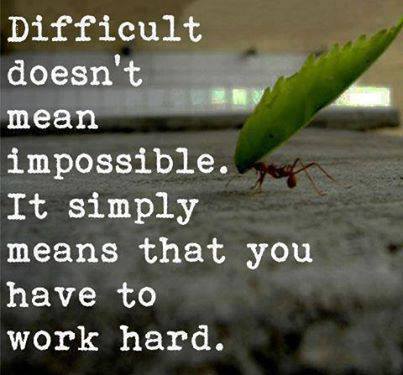 All too many times we look at a situation or task and say, “That’s impossible”, but what we really mean to say is “that’s too difficult for me” because there have been many times that the impossible only remained impossible until someone did it.

At one time, the “experts” insisted that man could not fly.  Then others invented the hot air balloon and the airplane.  Then the experts insisted that the airplane would never fly faster than the speed of sound.  Then others developed sleeker plane bodies and stronger materials, and now jet fighters routinely fly faster than sound.  There are so many examples where greater understanding made the impossible possible.  But someone had to believe it was possible and work hard to find the way.

I know a couple of fellas: Dan Netherland and his son Chad who hold numerous Guinness World Records for feats of strength and doing what others could not.  Both will tell you that they accomplished this through training and perseverance.  Hard work.

J.K. Rowling (an author you may be aware of) gave a commencement speech at Harvard University in 2008 in which she lauded the benefits of failure and hard work.  In case you missed it:

You and I may not be revolutionary aircraft designers, or superhuman, or billionaire authors (yet), in fact we may often look at the road ahead and lament, “Oh, this is impossible!”  But, we can look around and see that the impossible is done on a regular basis.  Doing the impossible — even when it’s a matter of being so for me, given my circumstances and skills — doesn’t mean it can’t be done: just that it takes more work than would something easier.

If it is really important, don’t give up.  Don’t get sidetracked.  Don’t allow set-backs to dissuade you.  Thomas Edison is quoted, in regards to the light bulb, as saying, “I have not failed. I’ve just found 10,000 ways that won’t work.”  Eventually, he found a way that did work and accomplished the impossible.  So can we. 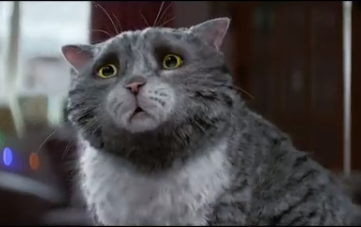 You know how some commercials just make you smile?  Budweiser has produced many of their Clydesdale based advertisements that have warmed my heart.  I came across this Christmas ad from Sainsbury recently and found it humorous and heart warming.

Published on Nov 12, 2015: the new Sainsbury’s Christmas Advertisement presents a CGI version of Mog the forgetful cat (known to many through the children’s book series by Judith Kerr) as she sets off a chain of unfortunate events which almost ruin Christmas for the Thomas family. Can she pull it all back to save the day?

END_OF_DOCUMENT_TOKEN_TO_BE_REPLACED 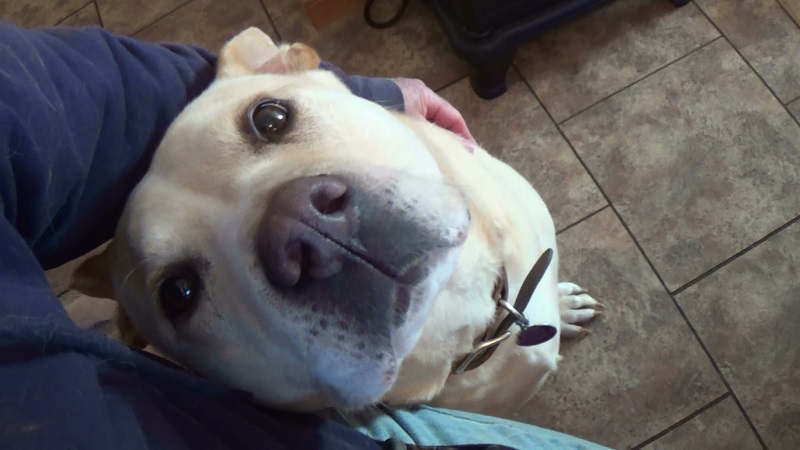 Someone is getting in some target practice with what sounds like a civil war cannon.  As the BOOM rolls around the valley, Blondie goes nuts.  She is filled with fear by gun fire, thunder, firecrackers, cars back-firing … you get the idea.  When we encounter such things she attaches herself to me.  If I’m sitting at the table working she will shove her head into my arm pit and peer up at me, “Save me Dougie, save me!” 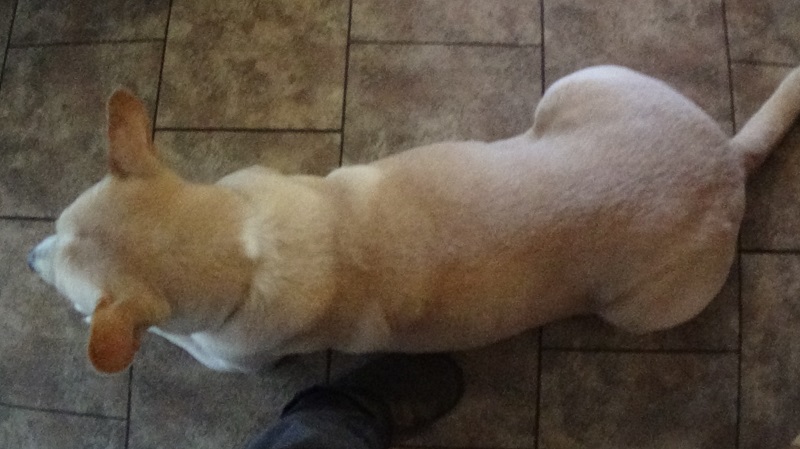 Today I’m working in the kitchen, so she’s a fear filled foot-wort.  Every time I have to shift position, she shifts too.  It’s kind of a pain.  But then I remember that I too have been dealing with some fear and self-doubt issues. END_OF_DOCUMENT_TOKEN_TO_BE_REPLACED 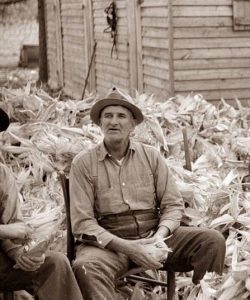 There was a farmer who grew excellent quality corn.  Every year at the fair he won the award for the best grown corn.  One year a newspaper reporter interviewed him and learned something interesting about how he grew it.  The reporter discovered that the farmer shared his seed corn with his neighbors. “How can you afford to share your best seed corn with your neighbors when they are entering corn in competition with yours each year?” the reporter asked.

So it is with our lives … Those who want to live meaningfully and well must help enrich the lives of others, for the value of a life is measured by the lives it touches.  And those who choose to be happy must help others find happiness, for the welfare of each is bound up with the welfare of all. As a young man, I decided to get into business. I worked hard and applied myself so I’d move up the corporate ladder and be able to have all the things I wanted…  END_OF_DOCUMENT_TOKEN_TO_BE_REPLACED

The scars of the past reveal two things about us.  For one thing, they remind us we have been injured.  Secondly, they indicate healing has happened.  The important thing to note here is that we are free to focus our attention on either of these two facts.  If we choose, we can allow our scars to keep our injuries ever before us.  We can permit them to nag us with repeated anxiety.  We can rapidly recall all those folk who have caused us pain.  We can continually curse the circumstances that have hurt us.  If we get angry enough, we can even shake our fist at God for allowing us to have troubled times.
Bathing ourselves in self-pity, we may find a few people who will join us in our tub of tears.  Some, whose scars are fresh and wounds open, may find our whining attractive and surround us with an insidious pity party.  Yes, scars can be a terrible reminder of the bad things which have happened to us.  Yet, if we surround ourselves with folk who keep us focused on the hurt, we will never learn the lesson of our scars.
On the other hand, however, our scars can help us focus on healing rather than hurt.  If we choose, we may gratefully remember the processes of healing as our wounds were repaired.
From physical injury to spiritual pain we saw forgiveness and grace at work.  The scars of both instill memories of hope as we trust God’s healing power.
We may finger lovingly the pages of scripture that brought health to our souls.  In love, we may rejoice over the growth that came through our painful chastisements.  In faith, we may place the scars of our past into the nail-scarred hands of Jesus, as we celebrate the future.  Yes, scars are signs that healing has happened.  How do you see your scars?

We are creatures created for growth.  This process starts at conception and continues throughout our lives.  Even when our bodies seem to be growing backwards; as we lose our hair and our bodies wither, our minds and our spiritual lives continue to grow and develop.

Christians are part of God’s growing process, His tools in perfecting and completing His creation.  The more we grow personally, the more useful we are to God.  A single mustard seed; one of the smallest seeds in nature, is of little use by itself but, if planted, the mustard plant that grows from it; the largest of all herbs, offers shelter to small creatures and will produce many more mustard seeds.  We can be like that seed if we choose well.  END_OF_DOCUMENT_TOKEN_TO_BE_REPLACED

The video below impressed me not only by the actions of civilian boaters but especially by the numbers of people saved in this boat rescue and the short time it took.  All without any rehearsal or disaster plan drills. The Coast Guard did not commandeer vessels, they were volunteered.  Because it is quite timely as we remember 9/11, I decided to share it with you here.  Enjoy.

The day breaks soft and gray outside the window.  Trees fade into obscurity within short distance.  What passes for a sky, a pewter bowl; featureless and unbroken, just above treetops.  The air, pregnant with moisture, will soon give birth to a misty rain.

A fitting analogy for life: the past fades into the mists of time, the future uncertain beyond a few scrawling’s on a calendar.  Only the right now, right here is clear.

The view can be soothing and beautiful or depressing, depending on your bend. But while gazing upon the surreal visage, bear in mind that above it all the sun shines bright and warm; hidden for a time, but not lost.