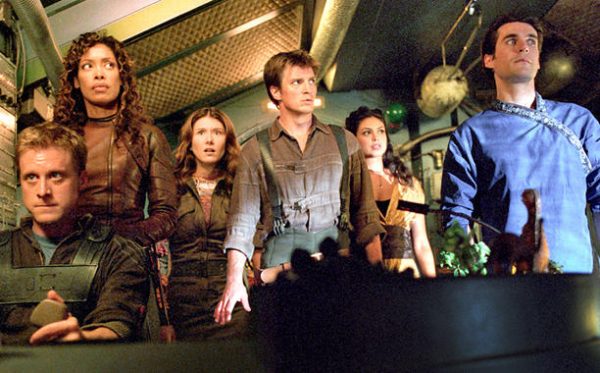 September 30th, 2015 was the 10th anniversary of the release of the movie Serenity (wow, has it been 10 years already?) Though it was canceled after a single season, Whedon has said that Firefly is his favorite creation.  The series inspired intense fan devotion, and fan devotion is exactly what Whedon credited for its 2005 big-screen revival in Serenity​.

Josh Whedon — creator of the television series Buffy the Vampire Slayer, Angel, Dollhouse and Agents of S.H.I.E.L.D., co-writer of Toy Story, and writer and director of The Avengers and its sequel Avengers: Age of Ultron — offered some thoughts and remembrances of Firefly.

“Firefly went on the air… and was instantly hailed by critics as one of the most canceled shows of the year,” Whedon said in a recorded intro that played before some screenings of Serenity. “It was ignored and abandoned, and the story should end there, but it doesn’t. Because the people who made the show and the people who saw the show (which is roughly the same number of people) fell in love with it a little bit. Too much to let it go. Too much to lay down arms when the battle looked pretty much lost. In Hollywood, people like that are called unrealistic, Quixotic, obsessive. In my world, they’re called Browncoats.”

Firefly also has the ignoble distinction of being the only TV series to have its only movie spin-off AFTER the show was canceled.

Now, Firefly fans are following in the footsteps of the Star Trek​ fans and creating a fan fiction movie to fill the void that Hollywood won’t.  Shadows on the Wind – A Firefly Fan Film​ is slated to air next summer (2016).  All I can say is, “Shiny!”

The Day the Earth Stood Still