The letter that Paul wrote to the Roman church is unique in that most epistles (letters) written to churches addressed one or more problems in that church. The letter to the Romans does not. Instead, Romans is a theological treatise and full expression of apostolic doctrine. It is, in one letter, what Christianity is all about.  In it, he makes an important observation about Abraham and his relationship with God. 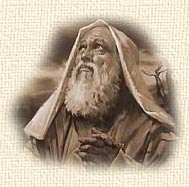 Chapter 4 is a pivotal point which addresses faith verses Law. This is important because some Jews who converted to Christianity were insisting that followers of Jesus also keep certain points of the Law of Moses: among these was circumcision. Jews point to Abraham as being the father of their nation and the origination of the rite of circumcision as a sign of righteousness before God. There is also a modern correlation in present-day churches that put ritual ahead of faith.

In Romans 4, verse 7 Paul quotes from Psalms 32: “Blessed is he whose transgression is forgiven, Whose sin is covered.  Blessed is the man to whom the Lord does not impute iniquity,”

In verses 9 and 10 Paul asks, “Does this blessedness then come upon the circumcised only, or upon the uncircumcised also? For we say that faith was accounted to Abraham for righteousness. How then was it accounted? While he was circumcised, or uncircumcised? “ (NKJV).

Paul is referring here to the encounter between God and Abraham (then known as Abram) told in Genesis 17. The voice of God comes to Abram and tells him that Abram will be the father of many nations. Among his descendants will be many kings and through his seed the whole world will be saved.

This struck Abram as an odd statement since he was at that time 99 years old and his wife Sari was 90 years old and barren. Sari had been unable to bear Abram a son to be his heir, so she insisted that Abram take her handmaiden as a wife and bear a son with her. Reluctantly, he did this and Ishmael was born. This turned out to be a huge mistake, but that is another story.

Abram fell on his face and said, “May Ishmael serve you, Lord.” (paraphrase).

But God said, “No. Sari (who you will call Sarah) will bear you a son and you will name him Isaac. Through him will I keep my promise.” (paraphrase).

Abram could easily have said, “You’re kidding, right? Sari is barren!” But he did not. He trusted that if God said it would happen, God would make it happen. This is the faith that Paul is talking about. The faith that God counted as righteousness for Abram. The point Paul is making is that God counted Abraham as righteous before the rite of circumcision was given (verse 11). After the promise was made and Abraham accepted it in faith, God decreed that circumcision would be a sign, or seal, of the covenant between God and the descendants of Abraham.

Therefore, Jews cannot claim to be justified by circumcision (a symbol for adherence to the Law of Moses) alone. Justification comes through faith, not some work of the flesh. Paul goes on in verse 16:

This point is important because at that time, some Jewish converts wanted to exclude gentiles from The Way (those who would later be called Christians) or at least insist that gentile converts be circumcised according to Jewish law. The Jews held to the Law of Moses and their descending from Abraham as what made them special to God. But Jesus Himself frequently criticized the Jewish leaders (Pharisees, Sanhedrin, and the Scribes of the Law) for holding tightly to the letter of the Law, but having no faith in or love for God. When Abraham – their figurehead – achieved righteousness before God, there was no Law nor was he circumcised.

Romans 4 verse 23-25: “23 Now it was not written for his sake alone that it was imputed (means credited) to him, 24 but also for us. It shall be imputed to us who believe in Him who raised up Jesus our Lord from the dead, 25 who was delivered up because of our offenses, and was raised because of our justification.” (NKJV).

Jesus was delivered up for crucifixion because of all mankind’s sin. And He was raised up from the dead as the justification for all who accept Him through faith.

It is by faith we are saved, not through signs in the flesh, or by good works, or by sacrifices. We come to the Father only by faith in His son.