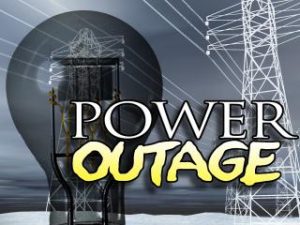 Power outages are nothing new to rural residents. But new technologies have helped reduce the number of outages and reduce the length of those that can not be prevented.

Is There a Good Time for Power Outages?

You would think the least problematic time for a power outage would be in the middle of the night; no lights are on, no one is watching TV or listening to a radio or using a computer – everyone is sleeping. In fact you’d think that a power outage at night would go completely unnoticed. Not so. The small soft noises that a home makes get so ingrained in our subconscious that when they suddenly go away, it tends to wake us up.

Power outages in the evenings are inconvenient; this is when we are likely using computers, listening to the radio, lights are on and needed. Maybe we’re fixing the evening meal in our all-electric kitchen. This turned into a good thing once.

It was cold out and we had the fireplace going to keep us warm. Marie had Pandora playing on the computer while she fixed supper. I was reading by the fire. The power flashed a couple of times, then went out to stay. Marie called me to help carry things. We moved the half-cooked dinner fixings to the hearth in the living room and she proceeded to complete the meal in the fireplace. Just before she was finished, the power came back. Guess what Marie did – she ran around turning off the lights that had just come back on and we enjoyed a delightfully romantic dining experience on the living room floor. Sometimes you just have to make the best of every opportunity!

Early morning power outages are often the worst. This is when many households are preparing for the day, men using electric shavers and shoe polishers, women lay out the battery of power tools needed to primp and fluff their way to beauty, breakfast on the stove. A loss of power now can cause nervous breakdowns!

Jimmy Robertson, head engineer for Newport Utility District, Newport TN, has some entertaining tales of what causes power outages in rural areas, however he reports that most power outages are caused by squirrels doing acrobatics on the wires; they somehow bridge a pair of wires, causing a short circuit as the kilowatts of power enjoy the newfound path of current flow, pop a breaker on a transformer up-line of the short, and blow the squirrel to bits in the process. But other things can do it too; snakes crawling into equipment housings, to warm up on the toasty machinery, tree limbs that fall across a run of power lines, a motorist who skids off the road and slams into a power pole, freezing rain that ices up lines and pulls them down, and gusty winds that whip lines around enough for them to touch can also do the trick.

In most cases, power is restored quickly, often in 30 minutes or less. If it takes longer, it’s because it was not something simple like squirrel acrobats and the crews are restringing lines or replacing snapped off power poles. During major storms when trees come down by the dozens and access becomes limited, power can be out for hours … or days. And remote areas have been without power for a week or more. These folks tend to own power generators for such times.

These interruptions are not as frequent as they once were, thanks to new computerized switching systems that automatically route power through alternate runs when a breaker blows to minimize the affected area. But even when work does get shut down while the utility crew drives the roads searching for the tripped breaker, just keep a good book at hand and make good use of the time. Rural residents are pretty laid-back – no sense in getting all riled up over nothing.

Each Day is a Sentence

The Faith of Abraham