If you follow the publishing industry at all you will have noticed a number of trends. Everybody and their dog are talking about the trends in self-publishing via eBooks. I’m not going to talk about these: they are well covered. 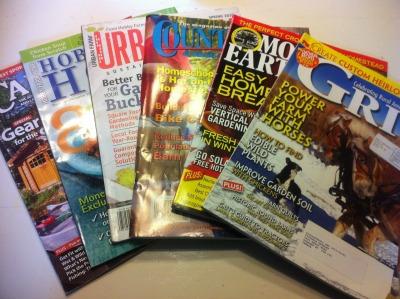 What has motivated me this morning is a discussion I’ve been having with a managing editor at one of the magazines I write for. A couple of days ago she opened a discussion with me about a special project article. Special projects are stand-alone publications. They often bear the name of the parent magazine, but are published as a magazine sized book. We have been discussing this proposal via e-mail since. One of the questions I asked was the expected word count.

Print publication usually pays by the published word. Some publications pay a flat fee for filler: anecdotes, jokes, personal glimpses, etcetera, but most pay by the word for feature articles.

The word “published” is important as you consider a contract. The publisher has the right to edit your submission as needed to make it fit within physical space on a page and for content. If you spend a week researching and writing a 2,000 word article and the editor hacks it down to 500 words, you get paid for 500 words and the paycheck for that week goes from $700 to $175. Likewise, if you are asked for 2,000 words and can only come up with about 1,200 words of solid text, so you insert reiteration and anecdotal material to fluff it out to the target, you can expect much of that fluff to get cut and they’ll put an extra display ad on your page.

Writing for on-line publication is very different. Word counts still figure in, but the exact count is rarely used to calculate pay. Most will say, “We pay $20.00 for an article 300 to 500 words long.” That sort of thing. And yes, on-line publication usually pays far less than print publication.

Over the past couple of decades, writing for print magazines has gotten a lot tougher. Many magazines have gone out of business, or merged with another similar publication, because they simply didn’t have the subscriber/advertiser base to pay their publication costs. There is a catch-22 here that involves greed.

As a magazine grows, it can ask for more money from its advertisers; because of the increasing market they reach. And that’s fine. When the magazine gets greedy and starts allowing that high-priced advertising to overrun useful content, readers refuse to pay the also-increasing subscription cost. When the subscriber base goes away, the empire collapses. There is a fine line between maximizing revenues and pissing off your customer base.

Many magazines are reducing publication costs by publishing electronic versions. Sometimes this involves publishing the same content as the print version in eMag form at a reduced subscription cost. Zinio offers over 5,500 magazine titles through a slick eZine interface that works on most devices.

Other times it means publishing core material in print and “more on this” content on-line. Popular Science magazine is big on this one.  One of the big trends is to include a bar-code in the print version that you scan on your phone to bring up the on-line material, making reading their magazine a multi-media experience.

Magazines in general are buying fewer freelance works and going instead with a staff of overworked editors who are expected to come up with most of the publication’s content. That makes it harder for people like me to get a foot in the door than it used to be.

How Much is Too Much?

Another of these trends has been to cater to the American public’s shrinking attention span.

On-line articles used to run anywhere from 1,200 to 2,500 words on average. They wanted a topic to be well covered: a complete discussion in one article. As SEO concerns became more prominent (SEO is that search engine black-magic that induces Google, Yahoo, Bing and the rest to send readers your way), articles tended to become “tighter”, focusing on one aspect of a topic. Other aspects were covered in other articles. Cross-link these articles and you have a complete discussion, but a reader has to step from one to another like stepping stones, and the pieces are often written by different people, so the style and focus can change. But, this is great bot-bait that makes the search engine robots swarm like flies. And since it’s all about on-page advertising, ad impressions, and click-through rates, they do it.

Then people started getting addicted to social media and thinking in terms of bite-size information. They no longer wanted details, just the highlights. Just enough to say they know something about this. Suddenly on-line articles were 700 words max. Then 500 words max. Now, many places are limiting submissions to 250-300 words.

That’s not an article; that’s a blurb!

Maybe it has something to do with the shift from computer monitors to phones. Maybe people are so rushed they can’t be bothered to read anything longer than 5 paragraphs.

The Project at Hand

So … I got this proposal from a major print publisher for a learned article. I asked how many words they were looking for, fearing the answer was going to be 3 digits. The answer came this morning: 1,700 words.

YES! I can work with that.

Not only does it give me room to explain things clearly, but it will provide enough pay to be worth the bother. I will happily give up a few days of writing blurbs for eight or ten bucks a pop for a single, quality piece of work that pays in the neighborhood of $500.  If I provide magazine quality photos, that fee can swell another couple of hundred bucks, depending on how many they have room for.

I do miss the old days of print magazines, but a nice nugget still lands in my lap occasionally.