It’s funny the tracks our minds take sometimes.  I don’t normally sit around thinking about the Mustang automobile, but today is has been on my mind quite a bit. 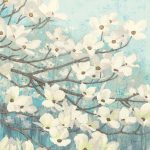 It started with a discussion with artist Donna Gregg about the artwork she’s doing for the Dogwood Days event coming up in May.  That event is centered around a classic car show.  I sent Donna a picture of a 1953 Skylark to use in her drawing.  She asked if a ’65 Mustang would work — she learned to drive in her dad’s ’65 Mustang and  it has always had a special place in her heart.

That got me thinking about the 1964, ’65, and ’66 Mustangs.  And the article I wrote about the 1967 Mustang Wagon.   Then I remembered my most recent encounter with a Mustang.  It was late on a dark and chilly night, at a truck stop on the edge of nowhere.  And I was given the opportunity to help some people out of a pickle. 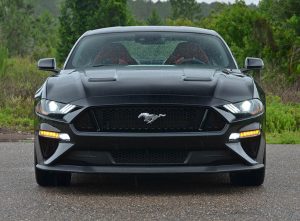 Marie and I were to meet the HEARTS LLC animal transport truck at the Pilot truck stop on the edge of Bulls Gap Tennessee, about an hours drive from us, to put one of our foster dogs aboard for his ride to New Hampshire.

Their instructions said that we should arrive at the meeting place early in case they caught a tail wind and were running ahead of schedule.  They would wait at each stop no more than 10 minutes.  We left home a little extra early in case we encountered any problems along the way.  There were no problems and we arrived in time to watch a group of young men push their snazzy Ford Mustang up the road and into a parking spot at the McDonalds which serviced the truck stop.  The driver got out and they all went inside.  Tough way to go out for a burger!

We were still waiting when these guys came back out.  They stood leaning on the car, one of those modern-retro Mustangs, talking and joking around.  I figured they were waiting for someone to come with a gas can or something.

After a little while one of the fellas approached our truck, I rolled the window down, and he politely asked if I had a set of jumper cables.  Pah!  Do I?  I always carry jumpers, a tow chain, flash light, small gas can, basic tool kit … I’m old school.

“Do you think you could give us a jump?  Our battery died.”

I checked my watch, we still had about ten minutes before the time the transport was expected, “Yes, I have time for that.”

So as I backed the truck out, they pushed the car across the drive so it was nose-out in a parking spot and I sidled up in front.  I got out a flash light, we hooked up the cables, and they gave it a try.  No go.  That battery wasn’t just dead, it was necrotic.

I revved up my engine a little, they waited for a couple of minutes and tried it again.  Their engine turned over a few times then caught and a throaty growl burst forth as the engine flared to life.  A cheer went up!

We cleared away the cables, buttoned up the hoods and I got out of their way.  They wasted no time getting on the road home.  Probably a wise move.

That transport truck never did arrive.  They’d had a flat tire and sent someone in a car out to retrieve their passenger and bring him to them.  As it turned out, we were going to go right past the place they pulled off the interstate and could have met them there.  But we didn’t know that until she was already there to get Spartacus.

So it was a late night of multiple adventures that all turned out well … as long as those boys got home okay.

Note To My Fellow Dinosaurs