| Part One of a Larger Story | 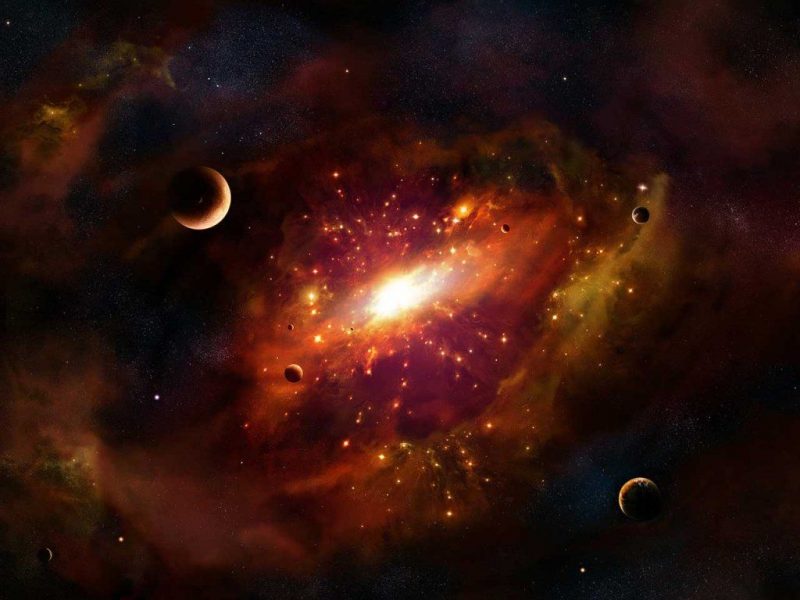 A knock at the door of my cabin, “Captain, may I speak with you, sir?”

“Of course, Chief. How are things below?”

My Personnel Chief stepped into the room. The set of his eyes and fidgety fingers told me he was nervous.

“Not good, Sir.” I turned away from the console I’d been working with and gave him my full attention. “Most of the labor force is quite sick. The Medical Officer is unable to fight it effectively. He’s sure it’s Trogoltis Syndrome.”

My face contorted in thought. This was not unexpected, but I had hoped it would not be so soon. “Just how bad is it, Chief?”

“The Medical Officer is certain they will not live long enough to get back home. We must find a place to stop and recuperate.”

Therein was the rub. Our holds were full of minerals desperately needed by our home planet. To stop for even a few months to tend to the laborers would, at best, cost me my command and, at worst, put the survival of our planet at risk.

I had feared this was coming: they spent too long in the bowels of an airless, sunless moon, mining the minerals we needed. Enviro-suits kept out the cold and provided breathable air, even augmented their strength to keep them from tiring too quickly, but being always underground or closed up in our ship brings on health issues. We know this. Sunlamps and vitamin supplements help, but won’t prevent it forever. Trogoltis is the result of such denial of our physical needs.

My Chief read these thoughts on my face, “I know, Sir, that we cannot delay the cargo shipment, and I know that the laborers will not survive the trip. They are good workers, a loyal and dedicated bunch. I don’t want to just let them die.” He looked into my eyes for a moment, “So, if we drop them off somewhere inhabitable for recuperation, we could pick them up again on the way back out. And …” He paused again, though he looked less sure of his position this time, “… I have found a place, Sir.”

I squinted at him skeptically. I too had thought of resorting to marooning the laborers on some restful planet where they could enjoy fresh air and sunshine. I too had poured over the star charts, looking for a planet or moon that was inhabitable, even if just barely. I found nothing near enough our current track. Had I missed something? Curious, I said nothing, just nodded for him to continue.

“A planet with a breathable atmosphere: it’s thin but tolerable. And it’s colder than we like, but – again – tolerable.”

Hesitantly, he handed me a data pad displaying the star chart information on a planet that I recognized from my own studies. I fought hard to resist shouting at him, “This planet is inhabited.”

“And not just inhabited, but infested. Covered with a primitive, violent species that is not likely to offer our laborers the hospitality and respite they need. They’re tagged as dangerous!”

“There are areas of the planet that are sparsely populated. Those best suited to us are least suited to them. The equatorial regions hold large areas we would find almost comfortable, but these are largely uninhabited by the natives who prefer cooler climates. Perhaps they would let us use a miniscule part of one of those, for a brief time, to rest.”

Fast survey ships have visited every solar system we are able to reach, cataloging each star, planet, moon and major asteroid in each system. Many have some form of life on them. Often it is not life as we would know it, but we learned to be less narrow-minded when even on our own planet we found organisms living in underwater thermal vents belching super-heated noxious gasses, and in polar ice. We could not survive there, but other things did. That was on our own planet where most life has certain basic things in common. On other planets life formed in much different ways. Life was much more common than we would have guessed, even if it didn’t look like life to us.

Intelligent life is less common, and needs to be protected. Often that means ‘avoided’: especially if they are advanced enough to have serious weapons and not wise enough to be reasoned with. Most primitive civilizations are not inspired by a starship appearing in their sky, but terrified. We were when The Travelers first approached us.

“It is the only place, Captain, that is both suitable to our needs and not so far off our course as to induce major delays in reaching it.”

The Chief laced his fingers and looked at me steadily, hopefully. Obviously he had completed his speech and was awaiting my reply. I also knew that if we were to divert to this planet, we would need to change course very soon or end up back-tracking: a terrible waste of time and fuel.

My choices were: delay a badly needed shipment, let the laborers die, or gamble on this log-shot. None were good choices, but a long-shot is at least a shot.

I nodded faintly and said, with a sigh, “I’ll order the change in course. You begin making the needed preparations among your people. I’ll have the First get started on a linguistics study for making contact.” The chief beamed. “You do understand, don’t you,” I continued, “that we are probably condemning them to death as surely as if we continued on toward home. Death at the hands of some primitive culture.”

“At least, they will have a chance, Sir. It may be just a fighting chance, but if we can convince the indigents that we are not there to conquer or enslave or steal, they may give us enough breathing space to get well and be ready for duty on your next outbound. Call me an optimist Sir, but I think that a slim hope is better than no hope.”

I nodded. He turned and left.

I glanced at the blue-white glare of the room’s ceiling panel. Officer country is equipped with these to keep us healthy. The ship lacks the power to provide the same for the tens of thousands of laborers in the barracks level. I keyed the comms panel and called up the command deck.

Sky Captain and the World of Tomorrow

The Day the Earth Stood Still